Conversation with THE hip-hop junkie . . . 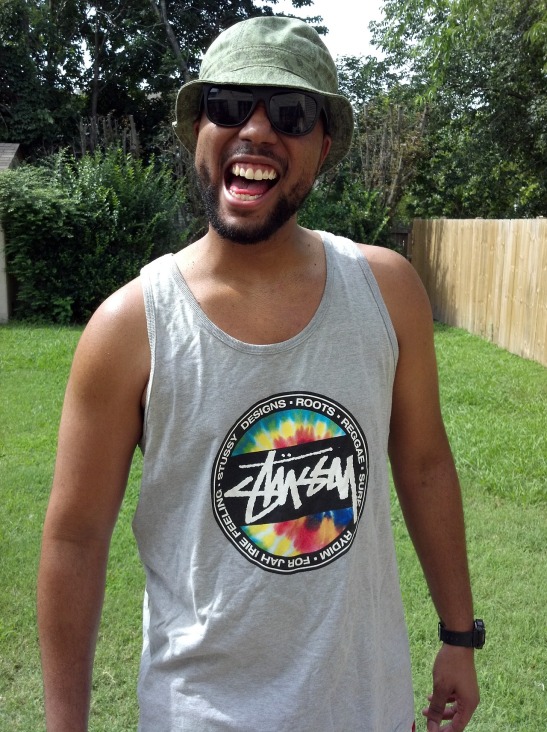 “When I heard the horns in ‘They Reminisce Over You’ I fell in love with Hip-Hop” stated Darius Johnson.

Author of the informative blog http://thoughts-of-a-hip-hop-junkie.tumblr.com/ and creative mastermind Darius Johnson knows it all – dates, sounds, artwork, and artists by heart. Seriously, go ahead ask him anything about Hip-Hop this man can spit it right back at you without hesitation and that is what impressed me. He is not just a fan of the music genre but rather a Hip-Hopologist in my eyes.

I caught up with him last week to get his take on the beats of this season. As mentioned before this man knows his music and it was only right that I hit him up for his opinion on music of our generation and it also does not hurt that he broke me off with some new music, insert happy dance here, which I will of course share with you readers as well.

Below you will find the interview that breaks down the thoughts of the man himself – the Hip-Hop junkie.

Astu: “Man thank you so much for doing this with me and letting me pick your brain! Now what I want to know off the bat is who and when were you first introduced to Hip-Hop?”

Darius: “I was two years old – my pops and I were chilling watching the music station and “They Reminisce Over You” came on by Pete Rock & C.L Smooth and I was instantly hooked. And as far as who introduced me – my father. My father is also a music head and I can remember him buying me my first album – I was a huge fan of Kris-Kross.

Astu: “What exactly does the music do for you and why do you love it – and I am assuming that you love it?”

Darius: “I do love it because…if all else fails to lift me up I know music can change my mood. It’s crazy how you can just throw something on and it makes you do a 180. It really is my escapism.”

Astu: “Music does that for a lot of people including me! Alright, now I want to hear it straight from you, what are you listening too and who should others be looking out for? Name your top three artists and specific songs. GO!”

Darius: “Hahaha [laugther] okay well let’s see…okay there is this one producer from France who is Vietnamese and his name is Onra. His album is called Long Distance and the whole album is dope. His music is the perfect blend of Hip-Hop and soul inspired by the late 80’s RnB. It is so good. Now, my second person would have to be this west coast producer Imanomari, you would know him because he worked with Overdose and you should listen to “Euphoria” it’s a collaboration with Moruf. And my last person would be . . .

Astu: “Ahh you know I love Overdose so much and for kicks throw in a woman that we should be listening too.”

Darius: “Okay I would say Rochelle Jordan…she is from Toronto and I would say she’s better than Drake. Her sound is so different and its dope she has a futuristic sound but still keeps the RnB sound in her music.”

Astu: “Alright well I am going to have to look all of those people up because I do not know any of them and I will take your word on them because I know you have good taste. Now let’s get back to the music that has dropped this summer. We have J.Cole, Kanye, Jay-Z and Wale to discuss – it was seriously a crazy summer for our ears! So where do we start?

Darius: “Hahaha [laughter] I know it is crazy! But Jay-z’s Magna Carta is so dope he actually has me messing with Rick Ross and you know I’m not a fan of Ross – the CD really shows his dedication to his craft. Kanye too with his blank CD concept was genius because he knows that all people are gonna do is burn a copy…”

Astu: “Hahaha [laughter] so he called people out in a crafty way haha [laugther] – I missed that completely haha”

Darius: “Yeah haha [laughter] but Wale made some smart moves with his music – he knows where the money is and The Gifted was a good album – I think his biggest hits from here on out will be the hits dedicated to women. Wale, is one of my favorites, and he is extremely passionate as well.

Throughout the entire interview Johnson introduced me to new music, made me think about hip hop in a different light, and he stressed the importance of art in the music world. For more in-depth information on how to truly understand Hip-Hop or just want the hook up on some good music check out his blog – link above.

Astu Mengesha – Stay Down Blaze Up

2 responses to “Conversation with THE hip-hop junkie . . .”